A Couple of Suggestions that should be noted 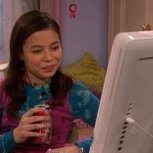 By dojanashe,
September 4 in Game suggestions