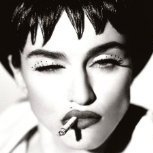 By JanetsWig,
November 28, 2021 in Game suggestions