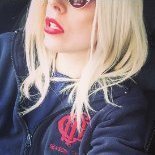 By rebeligado,
October 26 in Game suggestions